Home > About Us > Divya Radhakrishnan 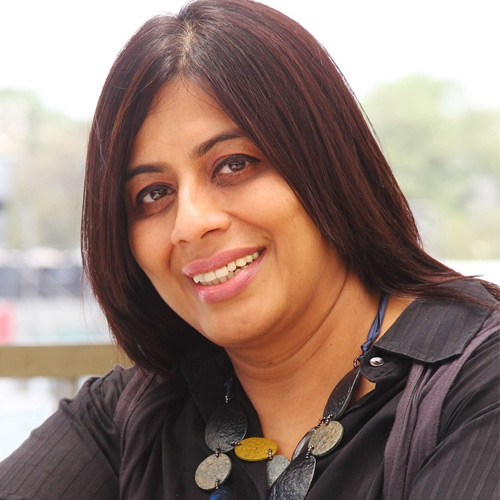 For the last 3 decades media in India has gone through a huge evolution from a single Television channel environment to a TV in every pocket. Divya have been professionally engaged with the sector through this entire evolutionary process.

After working in multi-national communication Networks such as Publicis & Rediffusion Y&R in leadership roles across Media, Public Relations and Events, 8 years ago she set up Helios Media, a premier offering providing out-sourcing option for content owners to monetize their revenues. Helios offers ad sales, content solution, broadcast advisory service under its out-sourcing module.

Another key function led by Divya at Helios is to spear-head multiple campaigns specially designed for the Government of India in the Public Sector space. The communication has won 4 prestigious awards.

A recognised name in the Media Industry in India, has been part of several forums and international jury

She has been featured among the 50 most influential women in Marketing, Advertising and Media and A lister by Campaign India.